Antonio Testa is a musician and researcher specialized in the identification and study of natural sounds and in the creation of musical atmospheres. The artist makes innovative and consistent use of his research and the knowledge of a wide range of musical instruments belonging to native and traditional peoples, flanked by original instruments he has built himself from natural and recycled materials. Antonio is a percussionist specialized in tribal and Afro-Caribbean rhythms, at the forefront of the ethnic-ambient and world music scene, he is professionally active in contemporary music since the 1980s. This makes Antonio a world-renowned artist who has rooted his expression over an in-depth knowledge of ethnomusicology and music therapy. His wide experience and sensitivity to the aspects and healing potentials of sound allow Antonio to use of his music in innovative music therapy sessions. Antonio’s sound is also designed, produced and used as a soundtrack for documentaries, communication and fashion events, live shows and TV, film and theatre. For its versatility and specialization, Antonio Testa’s collaboration is constantly sought after and requested by many artists in a variety of musical fields. The musical synergies gathered during a lifetime of research, experimentation and teaching have led to innovative and successful results for the artist, they have led him to original and deeper forms of musical experimentation, enabling him to create a unique sound and atmospheric suggestions. 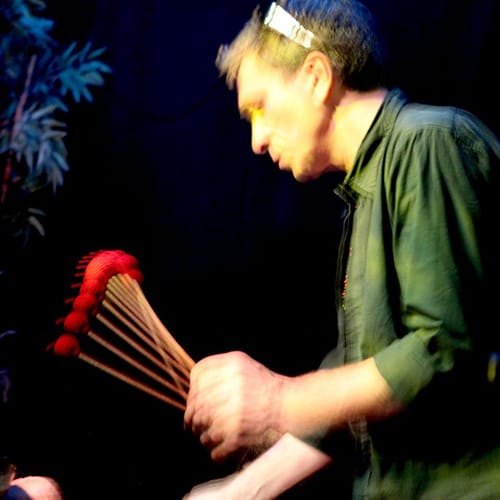 Antonio Testa has produced eight solo albums, a CD produced exclusively for RAITrade, a CD produced for Michel Moglia, three albums in collaboration with Alio Die, the album “Continuum”with artist Gaudi on the British record label Em:t Records, (it reached number 3 on the UK iTunes chart in 2005). From 1991 the W.DX band collaborate with Gaudi for the next four years, touring and sharing the stage with international Reggae artists such as : Ziggy Marley, The Wailers, Yellowman, Maxi Priest, Mutabaruka, Jimmy Cliff and others. Between 1986-1993 Antonio’s career had an intense continuity with the W.D.X. Band, the original reggae band of which he was the founder. Over the course of his 35 years long career Antonio Testa has had an extensive number of solo live concerts on international stages; among them we remember in Italy: the Olympic Stadium in Rome, the Colosseum in Rome, Sonica in Sonica Reloaded, Trontano; in Europe: The National Portrait Gallery in London, Glade Festival, Waveform, Cosmo and Sunrise Festivalsin the United Kingdom, Electric Picnic in Ireland, Reggae Sunsplash in Italy and Spain, Ozora in Hungary, Boom Festival in Portugal, Somuna in Switzerland and many others. 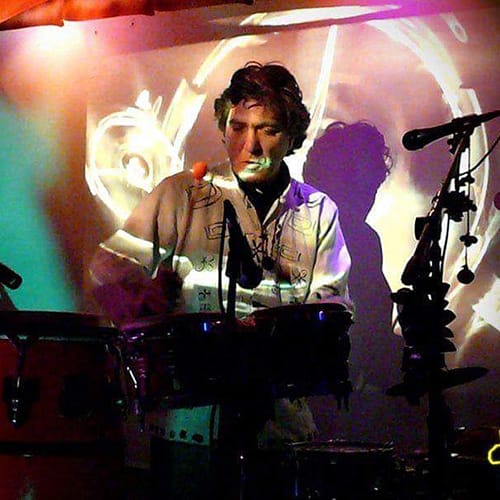 Since the 1980’s he has had active artistic projects in kindergartens, primary and secondary schools, universities, theatres, museums, artistic companies, psychiatric hospitals and prisons. Since 1984 Antonio has been teaching drums-percussion, recording, music therapy, overall music, construction of musical instruments with recycled materials as well as producing soundtracks for fairy tales using his original method described in the book “Playing with sounds”, published by Alpha Centauri/BMG Ricordi in 1999 and reprinted in 2020 by Nomos Edizioni. He has been interviewed and published by magazines specialized in the music, percussion, drum club and teaching sector; in addition, his musical research and didactic-therapeutic experiences have also published in university textbooks. The artist offers a wide spectrum of musical activities, he writes fairy tales for children, creates exhibitions and installations, composes music for films, naturalistic documentaries and theatre productions, he performs as a session musician in recording studios and live both in Italy and internationally. His artistic collaborations have marked moments of great growth for him as a musician, as well as having been the session man for renowned artists such as John McLaughlin, Little Steven, Miriam Makeba, Gaudì, Alio Die, Claudio Rocchi, Walter Maioli and Art Primitive Sound “Prehistoric Music”, Massimo Priviero, Marco Ferradini, Cordatesa, Quartiere Latino and others. Antonio has worked as a professor at Goldsmith University in London UK with Phil Mullen, at the University of Palermo in the Department of Psychology with Giovanna Perricone and Alberto Argenton, (professor of art psychology at the University of Padua); he has carried out music therapy projects with psychiatrists such as Giordano Bianchi, Filippo Massara, Gaetano Roy. He has been a regular guest at the Simposium of Art and Prehistory organized by the prestigious Camuno Center for Prehistoric Studies conducted by Emmanuel  Anati. 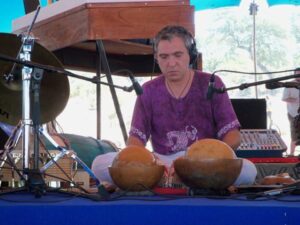